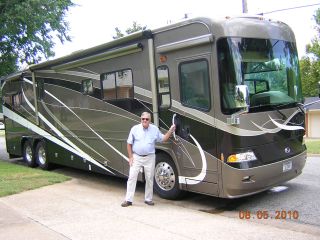 Perhaps no other state proudly showcases its unique culture and history the way Tennessee does, and there's no better display of that Great Smoky Mountain history and culture than in Gatlinburg.

Two hundred years ago, in 1807, Martha Jane Huskey Ogle, her children and several other family members arrived in a remote locale of Great Smoky Mountains in East Tennessee to honor the wish of her recently deceased husband, William, to settle in the "land of paradise" he had found for them. Today, that remote locale is known as Gatlinburg, Tennessee.

To be sure, Tennessee's history is rich and diverse. Gatlinburg historic sites, trails, music, crafts and the arts paint a picture of a colorful state that has seen two centuries of statehood. And to showcase that rich history, the Tennessee Heritage Trail has been recently developed by the State in order to highlight the cultural heritage of our people, and numerous Gatlinburg-area locations have been designated as integral stops along the Trail.

In order to maximize your time on the Heritage Trail, it's been divided into three distinct pathways. The Arts & Crafts Trail pathway will show you folk art, trolls, candles of all descriptions, hand-made pottery, oak and willow baskets, watercolors, sculpture and lithographs. The Gatlinburg, TN History Trail pathway will allow you to discover the people and events that made Tennessee what it is today. And finally, the Music Trail pathway will find you tapping your toes to diverse styles evolving from three cultural traditions. Most notably, East Tennessee's Appalachian region is known for its folk songs and bluegrass, which evolved from the immigrant influences of the 1700's.

Nestled in the valley of the Little Pigeon River's West Fork and surrounded on three sides by the majestic National Park, Gatlinburg has evolved from a rural hamlet to a thriving gateway community.

Settled in the early 1800s, it was first named White Oak Flats for the abundant native white oak trees covering the landscape. It is believed a middle-aged widow, Martha Jane Huskey Ogle, was the first official settler here. She came with her family to start a new life in what her late-husband described as a "Land of Paradise" in East Tennessee. Soon after, such now familiar family names as McCarter, Reagan, Whaley, and Trentham took up residence along local streams and hollows.

In 1854, Radford C. Gatlin arrived in White Oak Flats and opened the village's second general store. Controversy soon surrounded him and was eventually banished from the community. However, the city still bears his name.

As a self-sustaining community, Gatlinburg changed little in the first one hundred years. When the Civil War erupted, some locals joined the Union, others the Confederacy. But, in general, the mountain people tried to remain neutral. Although only one Civil War skirmish was fought in Gatlinburg, countless raids were made by both sides to gather vital resources needed to sustain the war effort. As with much of the South, deprivation and hardship persisted long after the war.

In the early 1800s, education came to the area in the form of subscription schools, where parents paid for each child's education. It was not until 1912, when a public settlement school was formed in Gatlinburg. Created by the Pi Beta Phi Fraternity, the school not only provided academic and practical education, it also contributed to a rebirth of Appalachian arts and crafts and the "cottage craft industry" movement.

With the formation of the Smoky Mountain national park, tourism boosted the area's economy. Many of the displaced mountain families moved into town, either developing new enterprises or taking jobs in new hotels, restaurants and service facilities to meet the needs of the burgeoning tourist industry. Progress slowed considerably during World War II. But, by war's end, tourists returned with a vengeance and the sleepy little village of Gatlinburg expanded to meet the demands. Incorporated in 1945, it has since developed into a four-season resort and convention Mecca.

Originally called White Oak Flats, there are many stories as to how Gatlinburg got its name, all involving a controversial figure who settled here in 1854. Radford C. Gatlin opened the town's second general store and when the post office was established in his store, in 1856, the town name changed to Gatlinburg. He was flamboyant and, as a preacher, established his own "Gatlinite" Baptist Church. He was a democrat in a republican community, and was eventually banished from the area.

Elijah Lawson Reagan is an important Gatlinburg historic figure. He established a woodworking business here in 1910. It is believed to be the oldest, continuously operated business of its kind in the Great Smoky Mountain history. For over a decade, he practiced his craft with simple hand tools, but in the 1920s, he harnessed the power of the Roaring Fork to operate his new electric power tools. He built a water-wheel and installed a turbine and generator which furnished power to his shop. He also furnished electricity to his neighbors until the Tennessee Valley Authority brought inexpensive power to the valley. After his death in 1968, his son, Harlan Reagan, and son-in-law, J. Wade King, took over the business. Today, another son-in-law, Lester Flynn, runs the shop still making fine furniture in the Reagan tradition. (149 Poplar Lane)

Around 1802, William Ogle selected a building site for what was to be the first "home" to be built in Gatlinburg. After cutting the logs for the cabin, he returned to South Carolina to get his family. He told them that he had found "The Land of Paradise" in the mountains of East Tennessee. While preparing to bring his family here, he fell ill, probably with malaria, and died in 1803.

In 1807, widowed Martha Jane Huskey Ogle, at age 46 or 47, came to her late-husband's "Paradise" with her five sons and two daughters, her brother, Peter Huskey, and his family. From William's oral directions, they located his hewed logs, completed the cabin, and started a new life. Great grandson Andrew Ogle and his family were the last of the clan to live in the cabin, abandoning it about 1910.

The farm was sold to Pi Beta Phi as the settlement school expanded in 1921. They used this cabin as a hospital. From 1922 to 1926, it housed a museum of mountain artifacts. The cabin was moved a short distance away from its original site to the former site of the community's first church building. (Arrowmont Campus on the Parkway)

In 1945, Pi Beta Phi, in conjunction with the University of Tennessee, established a summer program of craft workshops for emerging Tennessee artists. This program eventually became the Arrowmont School of Arts and Crafts located on the old Pi Beta Phi Settlement School grounds. The program has grown considerably; it now offers year-round classes and workshops for college credit. Once used for elementary and high school education and vocational training, the classrooms have been transformed into studio space for arts and crafts classes, food and lodging services, and facilities for administration and maintenance. (556 Parkway)

In the early 1900s, Gatlinburg was still a remote mountain village located in an even more remote Appalachian region where public schools did not exist. In 1910, the alumni of the Pi Beta Phi Fraternity, voted to commemorate their 50th anniversary and honor the founders by providing education to a community where no formal schooling had been available. Although technically called a fraternity, Pi Beta Phi was a national women's organization. It was the first of its kind in the U. S., and had a long-standing tradition of helping others, especially the under-privileged. The provision for basic education was later expanded to include vocational and home economics training for the community's adults. E. E. Ogle, with persuasion from the community, sold 35 acres of land to Pi Beta Phi for the establishment of this school. Many area residents were educated here, and the school's focus on reestablishing and promoting local craft skills helped establish Gatlinburg as a prominent arts and crafts center. Many of its original buildings have been refurbished and are still used today. The school opened in an unused church building in March 1912 with an initial enrollment of 13 students. In 1921, the school expanded by acquiring an additional 35 acres. Today it is known as the Arrowmont School of Arts and Crafts. (556 Parkway)

Religion was important to the settlers and is a large part of the Great Smoky Mountain history. Before they had church buildings, they held services outside or in homes. Although this area was settled by Presbyterians, their first church was Baptist. History records that the White Oak Flats "arm" of the Sevierville Baptist Church convened in the early 1800s on Baskins Creek, probably at the present location of the Ogle cabin. Under the guidance of the Reverend Richard Evans, a second church was built on River Road near the mouth of Mill (now Le Conte) Creek, and in 1837, they formed a new church and called it White Oak Flats Baptist. The congregation met in a log cabin on Baskins Creek, which also served as a school. The first frame church building was constructed in 1875, at the corner of the Parkway and Baskins Creek Road (see historic plaque on the sidewalk). The congregation changed its name to Gatlinburg Baptist Church in 1932; in 1951, they constructed a landmark stone church at the same location. As businesses crowded around them, First Baptist moved to its present location on Highway 321, east of downtown, in 1991.

Noah Ogle was Gatlinburg's first merchant of record, establishing a store in 1850 on a site that later became the Riverside Hotel. In 1910, he moved the store to the intersection of River Road and the Elkmont Highway. Ephraim E. Ogle took over his father's store around 1916; and until 1925, the E. E. Ogle and Company store housed the Gatlinburg Post Office. Grandson, Charlie A. Ogle, and great grandson, Charles Earl Ogle, continued the family tradition. Through the years the store expanded, spreading out, rambling, and jutting about as new merchandise was added. You could purchase almost anything in that store, from hairpins to threshing machines, "if they could find it." The quaint old general store and adjacent tourist cabins were torn down in the mid 1970s to make way for the Mountain Mall. The Ogles, descended from the area's first settlers, have played a major role in the city's development. (611 Parkway)

So take a trek on The Tennessee Heritage Trail in Gatlinburg and experience all of our culture and history for yourself.